The Northern Ireland Energy Forum, now in its 20th year, has firmly established itself as the annual conference for Northern Ireland’s energy sector and is a not-to-be missed event for anyone with an eye on the local energy industry. The 2022 Forum will once again bring together all the key players, both from within Northern Ireland and further afield, to focus on the most important aspects of energy policy and latest developments from across the sector. It provides a unique opportunity for all those operating within the sector to come together for networking and discussion.

Decarbonisation and energy security crisis
This year’s Northern Ireland Energy Forum will take place at a time of crisis in energy markets. The economic rebound after the Covid-19 pandemic triggered a price spike for multiple commodities, including energy. The war in Ukraine has led to further increases in energy prices and security of supply concerns. The surge in energy prices is against the backdrop of the continuing transition to a net zero carbon energy system and a growing economy. Additionally, electricity security has come under the spotlight due to increasing demand on the island. Although the short-term focus has been on energy security, we are also at a critical time in delivering a net carbon zero energy system. There is now an Energy Strategy and Action Plan for the transition to a decarbonised energy sector.

Not-to-be-missed conference
The Northern Ireland Energy Forum is Northern Ireland’s longest established energy conference. The conference is the major annual event in the local energy calendar and one not to be missed. Key features of the event include:

This year’s Forum will look at some of the major issues shaping the energy landscape including:

The event will bring together a mix of local industry leaders and visiting experts to look at these issues in detail.

Building blocks of the energy transition

There are a limited number of opportunities for interested organisations to become involved with this conference as an exhibitor. This is an excellent way for organisations to showcase their expertise and raise their profile with a key audience of senior policy and decision makers from across Northern Ireland’s energy sector. The 2022 Northern Ireland Energy Forum provides a great opportunity to make contacts and network. For further information on how your organisation can benefit, contact Karen Fitzmaurice on 028 9261 9933 or email karen.fitzmaurice@agendaNi.com. 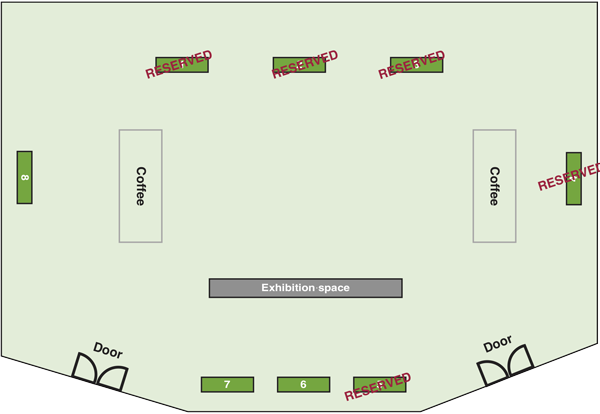 There are a small number of opportunities remaining to become involved with the Northern Ireland Energy Forum as a sponsor. Sponsorship is often a springboard into the networking/informal strategic discussions from which major business opportunities arise. Partnership with the event underlines leadership status within the Northern Ireland energy community. In exchange for sponsorship support the sponsor will receive an attractive package of benefits designed to maximise their organisation’s profile in front of this senior energy audience and leave a lasting impression upon the key decision-makers in attendance. Please contact owen.mcquade@agendani.com or call 028 9261 9933 for further information.

Andrew Ryan is a planning and environment partner in TLT’sUK-wide team, heading up the Belfast practice. He has worked in Northern Ireland since 2006 and has been involved in many of the most significant development projects in NI over the last decade including wind farms, regionally significant waste facilities, major residential and commercial developments, fuel storage facilities, electricity transmission infrastructure projects and road schemes.

Derek Hynes, Managing Director of NIE Networks, was appointed to the Board on 1 September 2022. He is a director of Energy Networks Association Ltd. He joined ESBin 2000 where he held a number of senior management positions, mostly within ESB Networks DAC, the independent ring-fenced subsidiary within ESB Group, including as Head of Project Delivery and Network Operations Manager.He was also Residential Ireland Manager of Electric Ireland, a retail business within ESB. He is a chartered engineer with post graduate qualifications inOperations Management and Corporate Governance and he has completed the Advanced Management Programme at Harvard University.

Kevin Murphy is real estate partner at TLT. Kevin acts on all aspects of real estate and has experience acting on the most significant and complex transactions in the market place. He has developed a specialism in energy and natural resources matters, ranging from providing real estate advice in relation to the development, acquisition and disposal of on shore wind developments, energy storage projects, biomass plants, energy from waste plants, anaerobic digestors and solar farms.

Steven Agnew is the Head of RenewableNI, the voice of the renewable electricity industry in Northern Ireland. He is a former leader of the Green Party in Northern Ireland and served as MLA for North Down from 2011 – 2019. During his time as MLA he sat for five years on the Enterprise, Trade and Investment Committee which scrutinised energy policy.

Dr Simon Todd, is Co-Founder, Managing Director and ChiefTechnologist at CausewayGT. Simon is an energy industry executive with 30+ years of experience in leading businesses in energy exploration, development, and operations around the world with bp and other smaller ventures and projects.He has BSc and PhD degrees from the University of Bristol in geological science. Simon is also Non-Executive Director of Senergy Innovations, a Belfast company developing a breakthrough solar thermal panel; Executive Advisor to Promethean Energy Corporation, a Texas based petroleum development company designed for the energy transition; andAdjunct Professor to the School of Earth Science, University College Dublin.

Dr Anouk Honoré is a Senior Research Fellow & DeputyDirector of the Gas Research Programme at the OxfordInstitute for Energy Studies. At the OIES, her research focuses on gas market fundamentals in Europe with a particular emphasis on gas demand, energy and decarbonization policies in the European Union and in individual countries, power generation and the decarbonization of the heating sector.

Catherine Sheridan is the Chief Operations Officer with EIH2, Ireland’s first green hydrogen production company. Her focus is on energy system integration and the role for green hydrogen in supporting Ireland and Europe achieve Net Zero 2050. She sees green hydrogen as the missing link in addressing what the World Energy Council calls the energy trilemma – affordability, security and sustainability. A chartered engineer and fellow of Engineers Ireland, she believes that collaboration and ambition are the secret sauce for Ireland’s energy transition. She is on the board of Cork Chamber and a council member of Wind Energy Ireland and was recently recognised by the Hydrogen Economist as one of world’s top women in hydrogen.

Paul Carson is Managing Director of Strategic PowerConnect, a renewable energy company providing large C& Ienergy users with direct/private wire energy. Paul has a background in planning and renewable energy development over the past 20 years, forming an award-winning planning consultancy in Belfast in 2003, and wind energy development company, Simple Power, which grew to be the largest developer of single wind turbines in Northern Ireland. Paul currently sits as Vice-Chair of Renewable NI.

Declan was awarded his MBE in 2019 for services to the economic development of Northern Ireland. He is the ChiefExecutive of John Thompson & Sons Ltd, Northern Ireland’s largest animal feed processor, and also the current Vice Chair of the Northern Ireland Food and Drinks Association.Educated at Queen’s University Belfast, and a fellow of theInstitute of Chartered Accountants in Ireland, Declan has worked in a variety of industries, ranging from meat processing to compressor manufacturing prior to joining John Thompson & Sons Ltd inBelfast. He currently Chairs the CBI NI Energy Sub-Group and has pursued an active interest for many years in the NI energy markets and under pinning policies, often contributing to submissions in response to consultations, leading delegations to meet with DETNI and the Utilities Regulator.

Martin Doherty is Centre Manager at the Centre forAdvanced Sustainable Energy (CASE). He is an experienced manager with a demonstrated history of working in the government relations industry with experience in sustainable development, waste, environmental compliance, environmental issues, and entrepreneurship. Martin has over25 years management experience in the waste management sector. He has a degree in Chemical Engineering from Queen’s UniversityBelfast and an Environmental Engineering PG HDIP focused in IntegratedMunicipal Solid Waste Management from University College Cork.

Edel Creery joined NIE Networks over 15 years ago holding a number of senior roles in Procurement, Supply Chain andConnections. A key part of her current role is engaging with stakeholders to understand their requirements and help reflect these in NIE Networks’ business plans. In addition to her role in NIE Networks, Edel serves on the Board andFinance Committee of Habinteg Housing Association. She is currently ViceChair of the Board. She holds an MBA from Ulster University and is a Law graduate.

John French became Chief Executive of the UtilityRegulator in November 2020. Prior to joining the UtilityRegulator, John was Chief Executive of The ConsumerCouncil from July 2015. Before this, John was Director ofRegulation and Pricing at firmus energy, Investment Planning and Regulatory Reporting Manager at NIE Networks, Head of Policy at the UK Business Council for Sustainable Energy, NetworkDirector at the Renewable Energy and Energy Efficiency Partnership inVienna, and a diplomatic policy advisor on climate change and energy issues within the Foreign and Commonwealth Office. John is a chartered director, chartered manager, and a fellow of the Institute of Directors. He has a master’s degree in accountancy, and an honours degree in accountancy and business finance, both from the University of Dundee.

David Gavaghan has established Aurora Prime Real Estate Limited and is seeking to raise £50 million locally and internationally to invest in Grade A office space in Belfast.He is also chair of electric vehicle charging infrastructure company Weev and a Belfast Climate Commissioner.Previously he was Executive Director of Quintain Estates andDevelopment plc. He is the former Chief Executive of TitanicQuarter Limited and prior to that was Chief Executive of the StrategicInvestment Board Limited for six years. David was also Chair of CBINorthern Ireland from 2016-2018 having previously been Vice Chair.

Richard Rodgers is Head of Energy at the Department for the Economy where he led the development of the recently published Northern Ireland Executive’s Energy Strategy –The Path to Net Zero Energy. He has almost 35 years’ experience in the energy industry, including British Gas for eight years, Phoenix Natural Gas for 12, as MD (International)at Eaga for five years (responsible for the delivery of fuel poverty programmes for Governments across the world), five years asStrategic Advisor (Energy) at the Strategic Investment Board and for the past three years as Head of Energy in the Department for the Economy inNorthern Ireland. Richard was also a non-executive director on the Board of the Utility Regulator for nine years (ending in March 2019).

Andrew Ryan is a planning and environment partner in TLT’sUK-wide team, heading up the Belfast practice. He has worked in Northern Ireland since 2006 and has been involved in many of the most significant development projects in NI over the last decade including wind farms, regionally significant waste facilities, major residential and commercial developments, fuel storage facilities, electricity transmission infrastructure projects and road schemes.

Peter McClenaghan is Director of Infrastructure and Sustainability at the Consumer Council and has been a prominent voice during the energy price crisis. He is responsible for strategic leadership relating to energy, transport, and water; sectors in which the Consumer Council hold statutory powers.

Robert leads on policy locally across all of Energy Saving Trust’s areas of interest, namely energy efficiency, housing decarbonisation, renewable power, low carbon transport and community energy and provides policy support across these areas for Energy Saving Trust’s expanding work in Northern Ireland. This work involves shaping Energy Saving Trust’s positions on these crucial decarbonisation priorities while engaging with government and third sector stakeholders to promote action on energy and climate change.
Before joining Energy Saving Trust Robert worked in the Education sector having a significant background in both Building Services design and maintenance. Roles there included leading and managing the Energy and Environmental strategy and investment programme together with associated risks across the Northern Ireland Education Estate.